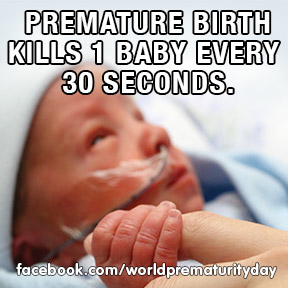 In honor of World Prematurity Day, Every Woman Every Child (EWEC) hosted their third annual discussion on premature births at the United Nations (UN) on Friday, November 15th. In partnership with 13 other organizations, EWEC brought together a diverse group of individuals to engage in a discussion about the prevention and care of preterm births and to publicly introduce the Every Newborn Action Plan.

It is widely recognized that premature birth is a global problem. Premature births, or births that occur before 37 weeks gestation, are considered to be the primary cause of death in newborns. According to panelist Jennifer House (President, March of Dimes), there is an average of 51 preterm births out of every 1,000 live births worldwide. This prevalence rate varies from country to country, with the developing world having the highest rates of premature births.

The side effects of premature birth are vast. They can include eye problems, hypothermia, asphyxia, jaundice, infections, and neonatal meningitis. The aftereffects of these conditions include both physical and cognitive disabilities.

The causes of premature birth, however, are largely unknown, with the medical community only being able to identify them in 1 out of 3 premature birth cases. Targeted interventions such as Chlorhexidine (a low-cost antiseptic that is applied to the umbilical cord to prevent infection) and Kangaroo Care (holding the baby against bare skin to maintain warmth) were two of many innovative interventions discussed.

So what do we do?
Enter the Every Newborn Action Plan (ENAP). ENAP is a roadmap intended to guide harmonized, system-wide action to reduce premature births. The objectives are to:

The creation of ENAP came from a collaboration between many groups such as EWEC, the Global Alliance to Prevent Prematurity and Stillbirths (GAPPS), USAID, March of Dimes and UNICEF.

ENAP represents a concerted global effort to address the problem, but how do we achieve this?

The discussion about implementing ENAP was broad and included ideas ranging from public/private sector partnerships to universal sexual/reproductive health education – but the concept that left everyone buzzing was using technological innovation. The most talked about creation was NeoNatalie* (pictured below) – an inflatable, water filled, premature baby sized simulator that is designed to teach birth attendants how to resuscitate a premature baby. NeoNatalie was developed as part of the Helping Babies Breathe Initiative and was initially piloted in a training program in Tanzania. According to Dr. Lily Kak (of USAID), NeoNatalie led to a 47% reduction in Tanzania’s neonatal mortality rate. NeoNatalie is currently being rolled out in 60 countries worldwide.

Innovations like NeoNatalie are critical tools for health services providers such as Community Health Workers.  Along with proper tools and training, Community Health Workers (CHWs) play an extremely important role in the prevention of premature births.  CHWs equipped with targeted interventions and technological innovations can provide much needed medical care for mothers and newborns, reducing the prevalence of deaths associated with premature births.  Moreover, CHWs are often times the only means by which mothers and children can receive urgent medical attention.  The challenge moving forward will be to ensure that research, innovation and implementation efforts are both harmonized and accessible to those who need it the most.