In a new article in the New England Journal of Medicine, Dave A. Chokshi of the Department of Veterans Affairs and Professor Prabhjot Singh of Columbia SIPA, the Earth Institute, and Mount Sinai Hospital suggest that global lessons about how to deliver healthcare in community settings should be available across America. You can find the… [ More ] 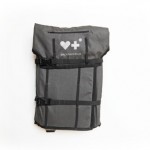 The Backpack PLUS Collaboration – a joint initiative between UNICEF, Save the Children, the MDG Health Alliance, the One Million Community Health Workers Campaign, and many other partners – has created a set of tools, including a holistic framework and prototype kit – aimed at empowering and supporting Community Health Workers (CHWs).  CHWs are widely… [ More ]

In late July, Olivia Wilde traveled to Senegal with the One Million campaign to see firsthand the lifesaving work of Community Health Workers in the region.  “I am thrilled to be a part of this campaign,” said Wilde. “It is essential that people not only see the work that is happening on the ground but… [ More ] 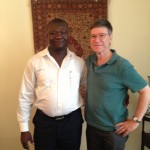 Liberian Assistant Minister of Health Tolbert Nyenswah, who was recently visiting New York City, had the opportunity to meet with Jeffrey Sachs, Director of the Earth Institute and Special Advisor to the Secretary General of the UN for the Millennium Development Goals (MDGs). Professor Sachs and the One Million Community Health Workers Campaign (1mCHW) team… [ More ]

Community Health Worker (CHW) programs have been met with alternating enthusiasm and skepticism by the global health community. Following the Alma Ata declaration, considerable investments were put into training CHWs during the 1970’s and 1980’s, and CHWs were considered central to the “Health for All” agenda.  But as time passed, questions arose about the effectiveness,… [ More ]