This June a groundbreaking article was published in PLoS One, confirming not only the success of community health workers (CHWs) in low-resource environments, but also the ways that new mobile health technologies can facilitate the improvement and expansion of CHW programs. The article, “Community Health Workers and Mobile Technology: A Systematic Review of the Literature,”… [ More ] 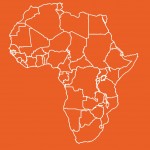 Half a year ago, the One Million Community Health Workers (1mCHW) Campaign began an initiative to coordinate, expand, and accelerate community health worker (CHW) programs in Sub-Saharan Africa, in order to meet the health related Millennium Development Goals (MDGs). It is a special honor to mark the first six months of the 1mCHW Campaign’s existence…. [ More ] 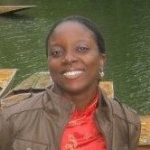 Three years ago I was working as a medical doctor in one of the poorest states in Northern Nigeria, with sky-high maternal and child death rates, and even higher rates of preventable disease. My pediatric clinic was the only source of formal and free health care for thousands of indigent children in the city and… [ More ]

Twenty-four years ago, in 1989, leaders of the United Nations (UN) and the United Nations Development Programme (UNDP) named July 11th World Population Day. This annual event was designed to mobilize the international community around the challenges of rapid population growth. The event was originally inspired by the fearful realization that the human population was… [ More ]