Happy UHC Day! Universal health coverage (UHC) is a concept that has been discussed within the global public health community since the signing of the Alma Ata agreement, and has gained popularity in the past 10 years. The idea that everyone should have access to a health worker is not a novel one and is something that the developed world take for granted. However, as the recent Ebola outbreak has shown us, UHC is not only critical to improving major health outcomes, it is imperative to quell and control an epidemic.

Recognizing this, the 1mCHW Campaign has been hard at work advocating for the use of community health workers (CHWs) in Ebola response efforts and has been engaged, as part of the Ebola Response Team at the Earth Institute at Columbia University, to assist in the deployment and scale-up CHW programs for Ebola response. Currently, operations are focused on Guinea, where the team is working with the government to train CHWs, turned contact tracer (CT), on mHealth solutions to improve contact tracing efforts.

Contact tracing is the act of monitoring people who are at high-risk for contracting Ebola for the disease’s 21-day incubation period. Since these contacts are only monitored, and because CHWs are already respected community members, CHWs are the perfect candidates for performing this essential service. In partnership with the Guinean government and UNFPA, the Earth Institute is putting this concept into practice. Using knowledge and lessons learned from implementing mHealth in the Millennium Villages Project (MVP), the Ebola Response Team has been able to assist the government of Guinea with implementation and scale-up of a national cadre of CTs. 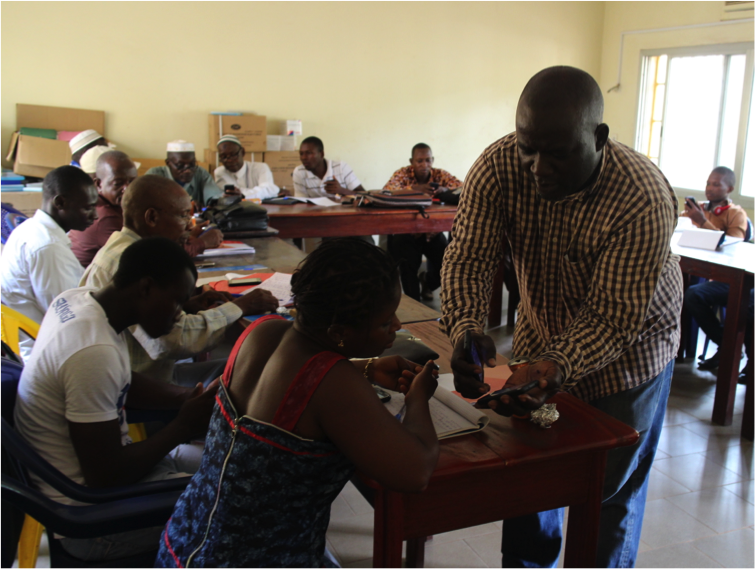 A trainer in Ratoma, Conkary shows a CHW supervisor how to use CommCare (Photo Credit: 1mCHW Campaign)

To date, the Ebola Response Team has trained 168 managers, supervisors, and CTs on a CommCare application for contact tracing across three prefectures – Conakry, Coyah, and Dubreka. We are currently finishing training in the Kindia region and will be expanding into N’Zerekore, the heart of the forested region and the epidemic, in the upcoming weeks.  Since our initial deployment, the CTs have registered over 1,000 contacts in CommCare, 158 of which have completed the 21-day surveillance period without becoming symptomatic. These numbers are incredibly promising and have shown not only the value of mHealth, but also the importance of improving the health workforce.

Although the Ebola response project in Guinea is still in its infancy, the team has learned a lot in the past two months. We are continuously learning a number of important operational lessons, such as how to deal with deployment of technology at scale and the best ways to provide all levels of management with real-time information about Ebola epidemic response. Equally important, though, are the insights we’ve gained from rapidly taking the program to scale. 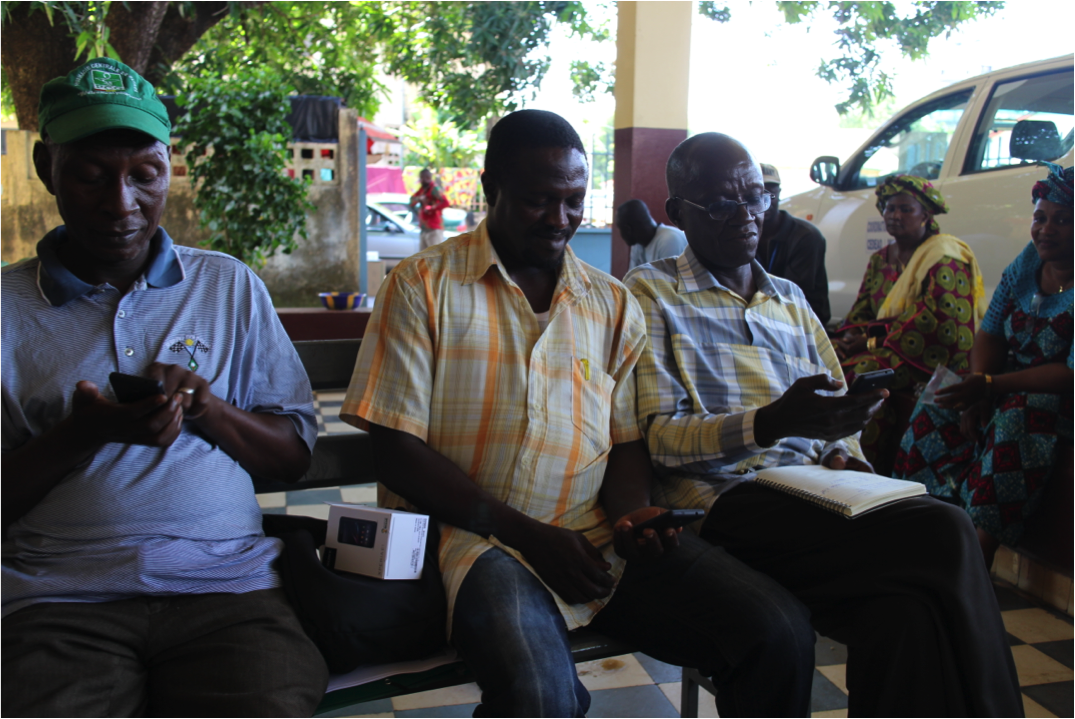 After talking with district health officers and CT supervisors, as well as contact tracers themselves, it is blatant that more health workers are needed. In certain communities, there are too many CTs and not enough contacts to trace, whereas in other regions of the country there are not enough CTs to meet the suggested ratio of one CT per 15 contacts. This shortage of contact tracers has led to some CTs becoming overburdened with contacts to trace, which has resulted in contacts not being monitored appropriately (or at all) and has increased the turnover rate of CTs.

The pattern described above is not isolated to just Ebola. While Ebola has put a spotlight on the issue of health workforce shortages, this is something the international community has grappled with for years. It is clear that if there were enough CHWs, nurses, and doctors deployed throughout West Africa, then the Ebola epidemic would not have grown to be as large as it is today. Understanding this, it can be seen that UHC Day is the perfect platform to highlight the need for prioritizing the health workforce and is helping put UHC on center stage.

With the World Bank and other major funders making public declarations about the need to prioritize health system strengthening, the environment is ripe for tangible change. As the UN moves towards finalizing the indicators for the sustainable development goals (SDGs), now is the time for the international community to not only talk about, but also show the world that achieving UHC is not something to just strive for. It is something that we just have to do.